Pulborough’s name is of Saxon origin which probably translates as the “Hill by the Pool”, where “pool” may mean pool, tidal creek or stream.

The Germanic Anglo Saxon invaders came and looted the area after the collapse of the Roman Empire when the Roman troops finally departed from Britain around 400 AD leaving an unprotected population in Sussex that was broadly Romano British after 400 years of occupation.

While the Saxon invaders settled here what happened subsequently is still a matter of much debate. In spite of this.there are some amazing finds and legacies of the period in which the kingdom of Sussex became fully Christian under Bishop Wilfred who had been exiled from Ripon to Selsey on the Sussex coast around 670 – just about as far away from Ripon as they could send him!

In Sussex in 1066 at the battle of Hastings the then King Harold of Britain was defeated by William of Normandy and crowned King on Christmas day. He replaced the Anglo-Saxon elite with Norman and French nobles and their supporters. The buildings and land ownership of the Norman period can be seen in Pulborough to this day.

Pulborough remained a largely agricultural community until the late 1700s when the Wey and Arun canal from Weybridge to Portsmouth passing through Pulborough was built, which gave Pulborough much new employment and trade. This waterway was initially built to service the naval fleet and commercial traffic instead of using the Thames out to sea and round the coast where the ships were subject to attack by the French.

Canal traffic was substantially reduced by the building of the railways in the 1850’s which made Pulborough a market town and a tourist destination as well as enabling local people to travel for work and recreation.

After Pulborough’s involvement in WW II and the rise in use of cars and lorries Pulborough increasingly became a residential, shopping and services centre at the heart of rural west Sussex. Today the Pulborough area has a population of around 6000.

Pulborough’s legacy of this period – what to see & where

The remains of a number of Saxon wooden boats have been found and Saxon Iron Age coins in and near the River Arun around Pulborough – these are on display in Worthing Museum – see the picture of a Saxon boat found when dredging the Pulborough river.

The Norman Domesday Book of 1086 shows Pulborough to have two churches and ???? .

One of those churches would almost certainly have been at the current site of the Parish Church of St Mary of which the Norman east end was built in 1280 and with its later additions in the 1400’s.- See Sussex Parish Churches.

Another Norman church just to the south of Pulborough, St Botolphs of Hardham, was completed by 1125 and has some of the best early wall paintings in Britain – both of these are important Grade 1 listed buildings and well worth a visit – See Great English Churches

The Normans also built a Motte and Bailey Castle to the west of the village overlooking the river Arun on land that had been given by King William to one of his followers, Adam de Berthelot. – this is on the Pulborough History Walk – leaflets are available from the station, library and WWW

The earthwork remains of the Castle can be seen from a footpath alongside it and is shown in the aerial view as illustrated.

The Wey and Arun Canal from the 1780’s can best be seen using your own small boat which can be launched and travel for free from the slipway by Swan Bridge in Pulborough. If you go upstream about two miles you get to Pallingham which is the limit of the tidal part of the river. Here there was a large quay and section of the dug canal both of which are now dry and derilect; these can also be accessed by public footpaths and are on the Pulborough Woodland Walk trail – leaflets are available from the station, library and WWW.

Pulborough Rail Station and Signal box are listed buildings on one of the earliest parts of the Sussex Rail network then linking Pulborough and Petworth to London. Visit the station and see the free video display in the booking hall which gives some of the history of the railway, how it transformed the lives of the people of Pulborough and made Pulborough a busy visitor destination with hotels and guest houses for Londoners wanting a relaxing break in the countryside.

In WW II the Arun valley was seen as one of the Germans main invasion routes to attack and capture London as part of Operation Sealion. Gun emplacements were built overlooking the road, raiway and Swan Bridge – you can visit one of these to the west side of Pulborough which has a plaque on it showing the invasion plan and Pulborough’s defences – this is on the Pulborough History Walk – leaflets are available from the station, library and WWW. 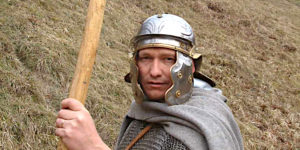